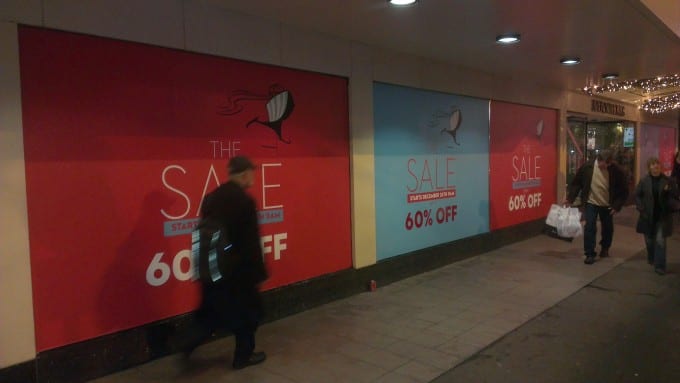 On the last working week of the year 2012 we were contacted by Brown Thomas Limerick. The display manager asked us were in a position to do 5 large widow wraps locally on Christmas eve evening. I had a quick look at the schedule and estimated the time to perfection as they wanted it to commence after 4pm. Our costings were good and we were told we had been offered the work and we were then offered Corks Brown Thomas windows which had some 70mSq. Even though it meant we’d have to put together 2 teams for Christmas Eve night, we were happy to oblige. The work in both cities went very well and much to the delight of the store managers as they were worried that at such short notice we’d be stretched on man-power. Cork was done using a dry application technique but here in Limerick we opted for a wet application.